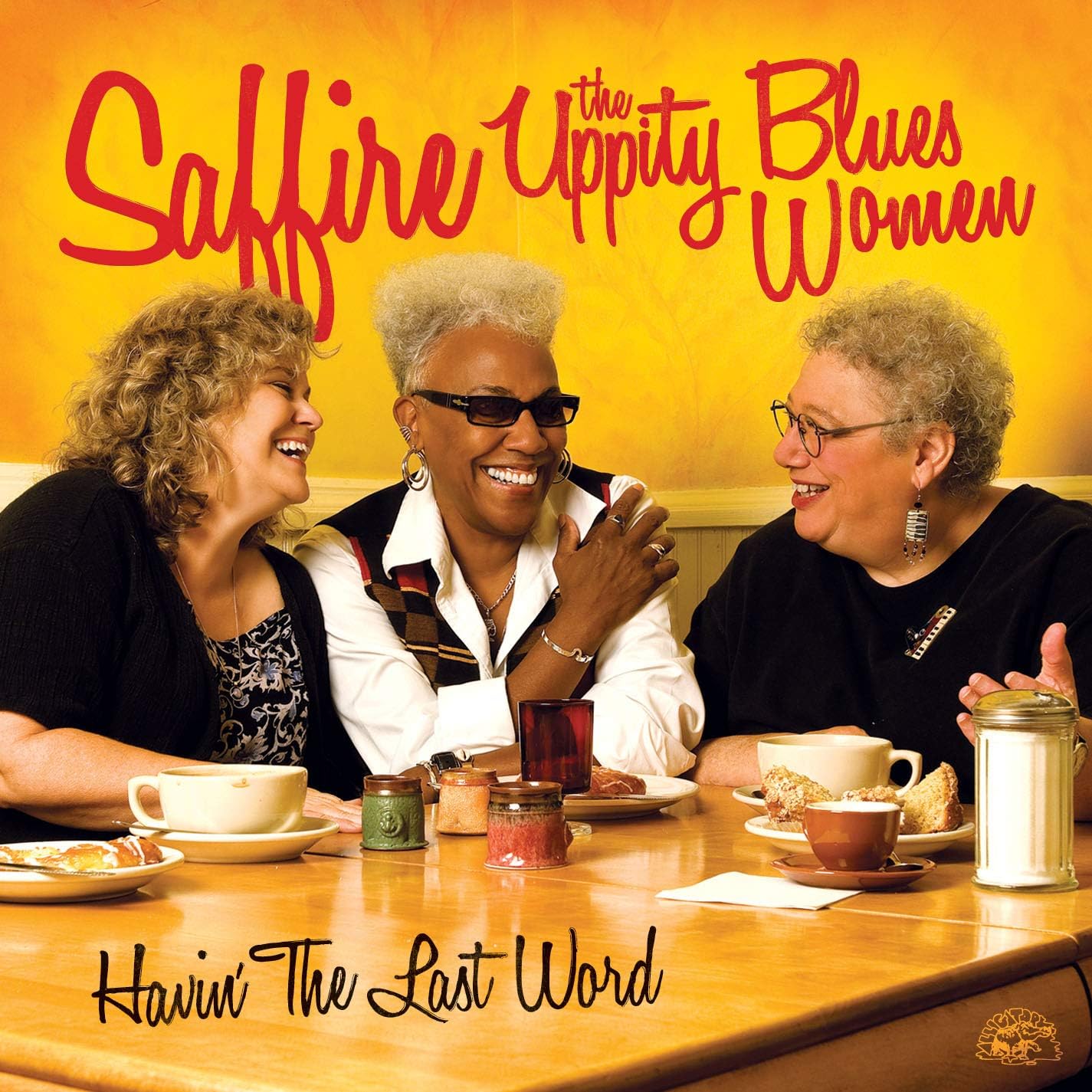 SAFFIRE THE UPPITY BLUES WOMEN are the worlds most popular acoustic blues band, fusing a contemporary edge to the independent spirit and raucous, proto-feminist music of legends like Bessie Smith and Ma Rainey. Since their Alligator debut in 1990, they've built a loyal, diverse following that includes fans of women's and alternative lifestyle music, as well as blues, folk and acoustic. Their dedicated fan base has helped place their releases among Alligators Top 50 best-selling titles. HAVIN THE LAST WORD is their first new studio release in eight years and will be accompanied by a three-month nationwide tour that brings their sassy, bawdy live show to audiences across the U.S. HAVIN THE LAST WORD finds Saffire just as uppity as ever, with their most infectious collection yet of passionate, funny, rollickingly soulful blues. With poignant tales of romance won and lost, sidesplitting odes to the female body and stirring affirmations of life, the ladies prove themselves modern day equals of the legends that inspired them.

The trio's new Alligator CD, "i"Havin' The Last Word, will be their final declaration together as Saffire-The Uppity Blues Women; the group has decided it's time to move on so they can pursue their own individual interests. But pianist/guitarist/vocalist Rabson, guitarist/harmonicist/vocalist Adegbalola and multi-instrumentalist/vocalist Faye have plenty to say with Havin' The Last Word. From the uplifting opening track "Going Down To The River" to the saucy ode to aging, "Growing Older," to the salacious "Bald Eagle" (Gaye's hilarious follow up to fan favorite "Silver Beaver") to the heartbreaking "Blue Lullaby," Havin' The Last Word is a showcase for the band's stellar musicianship (including Gaye's slide guitar solo debut on "Bald Eagle"), razor-sharp wit and provocative songwriting. As their fans have come to expect, the CD also features terrific vocals, rollicking piano, guitar, mandolin, fiddle, upright bass and harmonica.

Saffire-The Uppity Blues Women will tour together for the last time in 2009, to say goodbye to their fans. The new CD may be called Havin' The Last Word, but you haven't heard the last of Ann, Gaye and Andra; these three are far from hanging up their instruments, and each will continue to perform.

With Havin' The Last Word, Saffire's positive message of strength, joy, love and sisterhood through music will continue to reach all corners of the music loving world. And that's saying a lot.

An Insider’s Guide to Hollywood